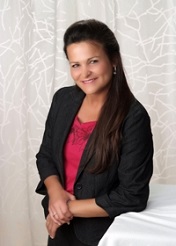 Judy grew up in a family-owned business and has owned and operated a business of her own. She started working at the age of 12 at her parent’s business and has learned the importance of customer relations. Judy is originally from and currently resides in St. Mary's County, Maryland. After working for the government in Washington, D.C. for several years, she moved to Houston, Texas and continued her career at Touche Ross & Co. (Deloitte and Touche).

She works with management conducting seminars and organizes events for various team member presentations. She is currently a St. Mary's County Chamber of Commerce Ambassador and has worked with the Chamber promoting the Customer Service Award Program. She facilitates Training Programs and organizational development initiatives for clients and Askey, Askey & Associates, CPA, LLC. She designs various marketing materials, updates the website and manages our online E-Newsletter. Judy also has extensive payroll and bookkeeping experience.

Judy has been working with Askey, Askey & Associates, CPA, LLC since our inception. Her prior experience comes from the accounting firm of Touche Ross & Co. (Deloitte & Touche). She assisted the Director of Operations for a few years in Houston, Texas and then transferred to the Washington, D.C. office where she worked several years.

She has been a volunteer for the church, Three Oaks Homeless Shelter, the Leonardtown Rotary, Southern Maryland Mission of Mercy and the American Red Cross.

Kelly graduated from the University of Maryland University College with a Bachelor of Science degree in Accounting with a concentration in Fraud & Forensic Accounting. Kelly plans to sit for the CPA exam and anticipates receiving her CPA designation in the near future. She has twenty years of accounting experience with two years of experience in public accounting, with emphasis in auditing, corporate, partnership and individual tax. She has eighteen years of varied accounting experience in private industry. Kelly has served on audits of governments, pension plans and non-profit organizations.

Kelly grew up in Upper Marlboro and currently resides in La Plata, Maryland. She enjoys spending time with friends and family, watching ice hockey and reading. 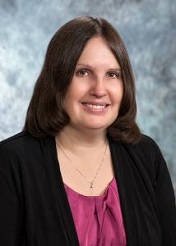 Patty previously worked for the accounting firm of E. Wayne Richardson, CPA, PA for 34 years. She has an Associate of Arts Degree from the College of Southern Maryland. She has 35 years of experience in payroll and bookkeeping procedures. She loves working directly with clients on a one-on-one basis.

Patty was born and raised in La Plata, Maryland and currently resides in Dentsville, Maryland. She has been married for 30 years and has two children. She likes to spend her spare time with family and friends.

Wendy joined the firm of Askey, Askey & Associates, CPA, LLC in January, 2018, has over 30 years of payroll and bookkeeping experience and is certified with QuickBooks Online

Her past employment was with a government contractor with flower shops around the United States.

Wendy is married with three children and enjoys spending her free time with her grandchildren and camping.

She enjoys working with clients, helping them feel comfortable and safe. Her experience includes performing financial statement audits, preparation of tax returns for businesses, individuals and nonprofit organizations, as well as providing bookkeeping services for clients.

Erika enjoys spending her free time with her husband and friends, playing indoor and outdoor games, helping others, playing her guitar, listening to music and reading. 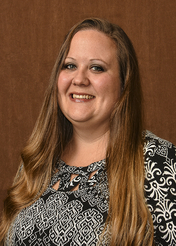 Natalie Sciascia joined Askey, Askey & Associates, CPA, LLC in November of 2017 as the Office Manager for our La Plata office.  Natalie offers a positive attitude with every task and her friendly disposition makes a lasting impression on our clients.

Natalie has over 15 years of Administrative and Accounting experience.  She is Microsoft Office certified, proficient with varioius software programs and finds fulfillment in assisting her team members, as well as our clients to the best of her ability.  Natalie enjoys meeting new people by representing the firm for the Charles County, MD and King George, VA Counties Chamber of Commerce.  She has proven to handle the pressure of a busy tax season with ease and a smile.

Natalie grew up in La Plata, MD and now resides in King George, VA.  In her spare time, she enjoys spending time with her fiance, Lanny; daughter, Jaelyn; and stepsons, Lanny III and Levi.  On the weekends she is most likely camping, fishing, visiting historical sites, or enjoying classic rock concerts.  She also visits Myrtle Beach, SC as much as she can to spend time with her parents and family.

Erin Parlett joined the firm in July 2018.  She received her Bachelor of Science degree in Accounting in May 2018 from East Carolina University in Greenville, North Carolina.  She plans on pursuing her CPA license in the near future, and is eager to learn all about what it takes to be successful.

Erin was born and raised in Southern Maryland.  She enjoys hanging out with family and friends, attending various sporting events, and traveling.  While Erin was in school, she became a member of Beta Gamma Sigma, an international business honor society.

Jenny Sheffler joined the firm of Askey, Askey & Associates, CPA, LLC on December 6, 2019.  Jenny is the Office Manager for our Leonardtown Office.  She enjoys working directly with the cllients, as well as assisting team members with administrative support.  Her past employment was with the State of Maryland working as a Deputy Clerk in the Circuit Court and the Chief Deputy for the Register of Wills for a total of 27 years.  After her public service with the State of Maryland, Jenny worked as an Administrative Assistant 12 years before joining the firm.  Jenny was born in Washington, DC, raised in Richmond, Maine and currently resides in Hughesville, Maryland.

She is married with two children and enjoys spending her free time with her famly and four fur babies.

June joined Askey, Askey & Associates, CPA, LLC in January of 2020.  After spendiong 26 years as a military spouse (four years' active duty herself), living various places and having a plethora of jobs, June settled into a career path by graduating from University of Maryland University College with a Bachelor of Science Degree in Accounting in May of 2019.  Her future plans include taking the CPA exam and hopefully completing her master's degree.

Being a Navy "brat" herself, June was born in California, but was raised in Tennessee and Arkansas.  She has been married for 30 years, and has two wonderful boys who have families of their own.  June is an avid crafter and also has her Amateur Radio Technicians license.